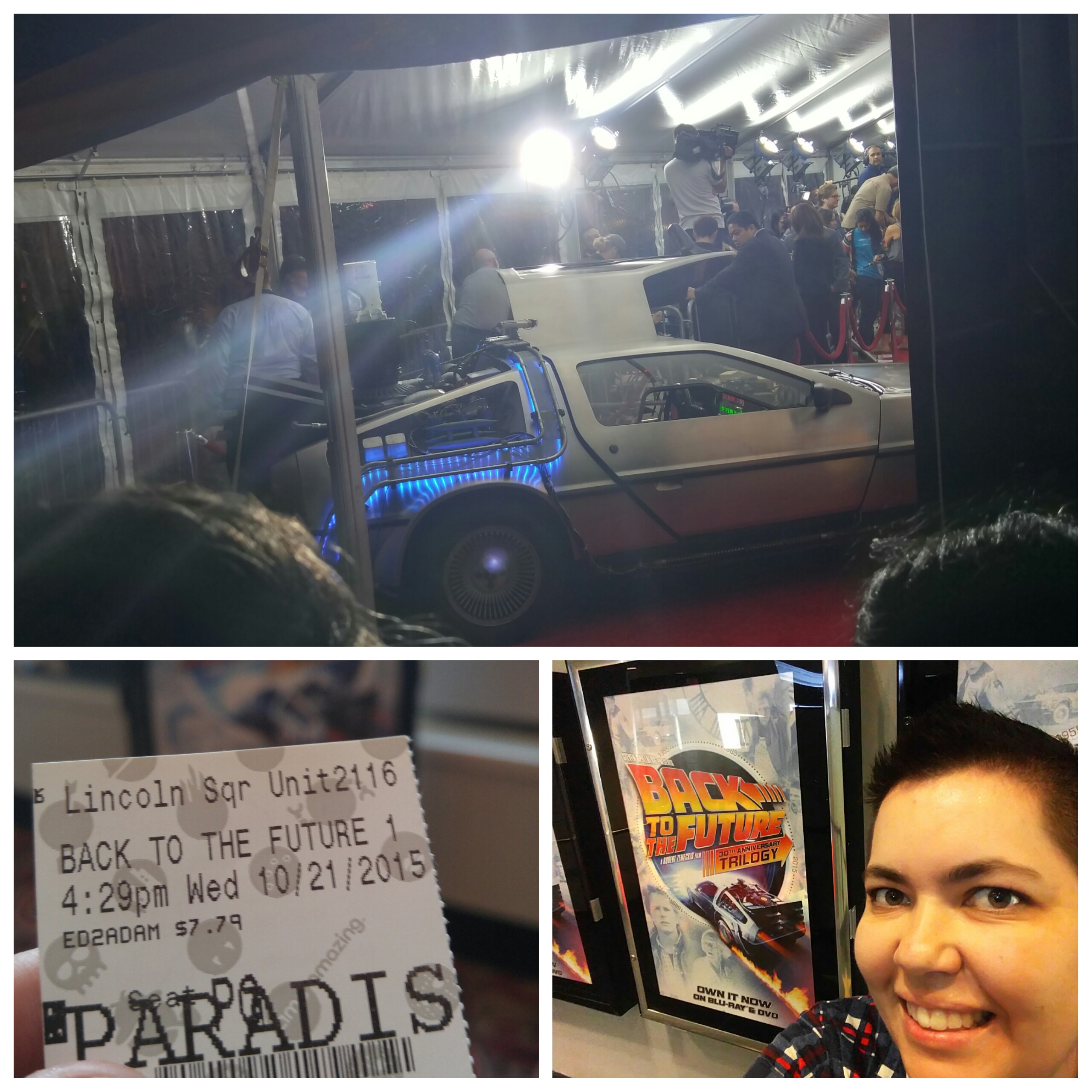 What a fun one! This is just a one time holiday, so I was thrilled to be able to do something for it. Many of the theaters in New York were playing all of the Back To The Future movies. Unfortunately I didn’t have the time to go to all three of them. I wanted to go to Part II, since that is the movie when they actually land in October 21, 2015, but it sold out JUST before I bought my tickets. Like, the tickets were in my cart but when I hit purchase they were gone.

So I watched the first movie at the theater, and the second movie when I got home. My movie started at 4:29 (the time they arrive in 2015) and as I was leaving, the theater was getting ready for the original cast that was arriving for Part II. I didn’t see any of them, but I snagged a picture of the red carpet and the Delorean they had there. Pretty cool stuff.

You guys. These movies are really good. It’s been so long since I’ve watched them without commercial interruption. And the first time on the big screen. I even bought some popcorn to celebrate!

Time Travel is pretty much my favorite. I love thinking about where I would go and what I’d do. My new obsession with Doctor Who has made this even more fun. Top 5 things I’d do if I could time travel.

There is a part of me that still holds out hope that time traveling may some day be possible. Perhaps there are time travelers among us now, but they are just very well trained on how to blend in.

What would you do if you had a time machine?